It is with great sadness that we announce the passing of our President Robert Chaffe. Rob passed away this morning at Maroondah hospital and had fought his cancer for years maintaining an absolute positive attitude. He spent the last week in the hospital maintaining that attitude and fight.
He will be greatly missed by all that have had the pleasure of knowing him.

Rob was a member of the Gobur Rifle club before joining the ECDRA.  Rob had been a member of the executive of the ECDRA since 1980 and had acted as secretary from the late 1980’s through 2016 when he was elected President. In 2019 he received life membership of the ECDRA for his dedication and contribution to the club.

Rob was a target shooter as he would say of moderate success.

Rob was state champion at the Police and Emergency Services Games and winner of many gold medals in this annual competition. He had won  many medals including five gold at the Bendigo World Masters Games.

Rob was the driving force in obtaining several grants for the ECDRA for various assets including uniforms, a defibrillator to the last and biggest grant to upgrade the Clubhouse which is just nearing completion.

He was a key member in introducing electronic targets to the ECDRA and to the other Goulbourn Valley District clubs.

Every week Rob would produce an article that was published in the local papers totalling over 1500 articles. He had a regular spot at the local radio station promoting shooting sports and answering questions from the community.

He was a member of the Australian Sports Institute and an accredited coach.

He will be greatly missed within the ECDRA club and within the wider shooting sports world leaving behind a great legacy. 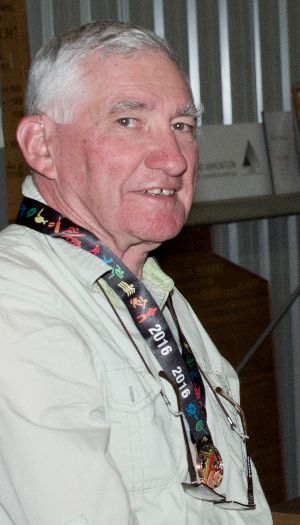 It is with great sadness that the VRA announce the passing of Max Hedges from the Maryborough Rifle Club at the age of 81. Max has been a member of the VRA since 1971 and has always been a friendly smiling face within the association.

Max was born in Maryborough in 1938 and is survived by his wife Olwyn who he married in 1961 and also has a daughter, Jenny. He grew up working for the family business - Hedges and Bell Printers before relocating to Darwin in 1961 to work as a Government Printer for ten years. During his time in Darwin he won the State Championship.

In 1971, Max moved back to Maryborough where he started his own business - Midland Type Setters. Max sold his business and retired in 1993, which allowed him more time to continue his love of rifle shooting. Max has been the secretary of the Maryborough Rifle Club for 49 years and was the secretary of the Number 4 DRA for 24 years. Max was also the Manager of the VRA State Team in 2001.

Our deepest condolences to Max's family and friends, he will be sorely missed within the VRA Community. 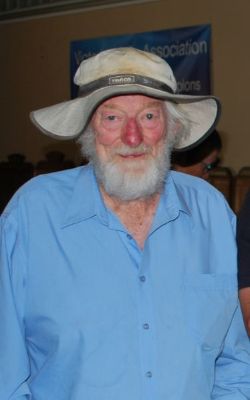